In search of Rob Newman of Chalfont Lane! 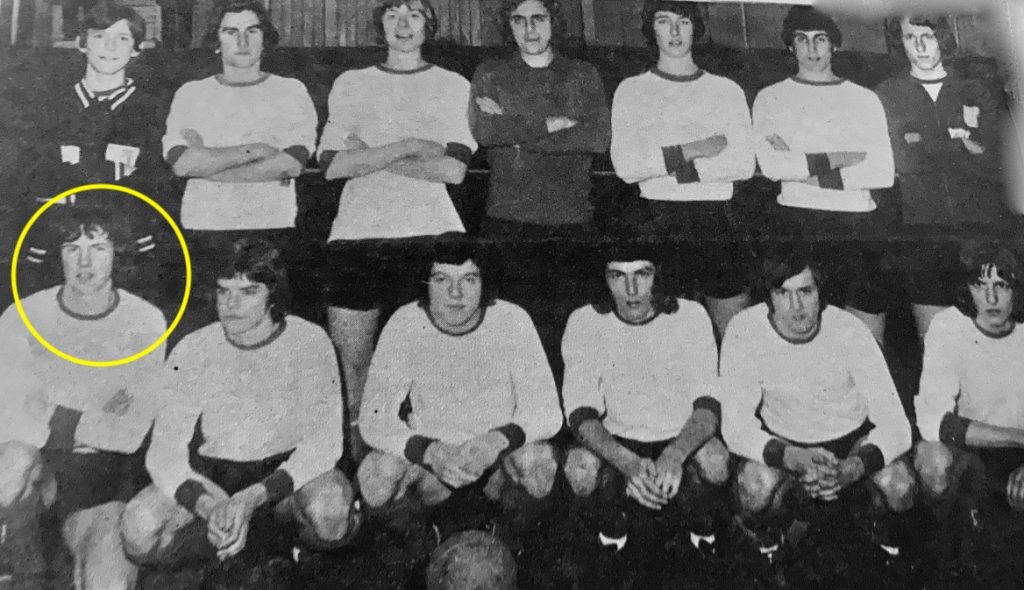 by Jill Visser
in Latest Posts
There’s a 50th Year Reunion being planned for the early 70s Football Team from Dr Challoners Grammar School, Amersham, and everybody has been tracked down except for Robert Newman, aka Snoz..
“He lived in Chalfont Lane with his parents in the 60s and 70s, – the second or third house along from the Shire Lane end and I think his Dad was Maurice” says reunion organiser Laurie Cole. “The photo shown, featured in the Bucks Examiner, was taken on the day the team won the Berks and Bucks Senior Schools Cup, 31 March 1971. Rob Newman is on the front row, first on the left. I have found 13 of the 14 players/staff but I have yet to find Rob.”
The reunion is hopefully going to be on 7 May. If you have any leads to finding Rob
email us at editorial@chorleywoodmagazine.co.uk and we will pass on the message.