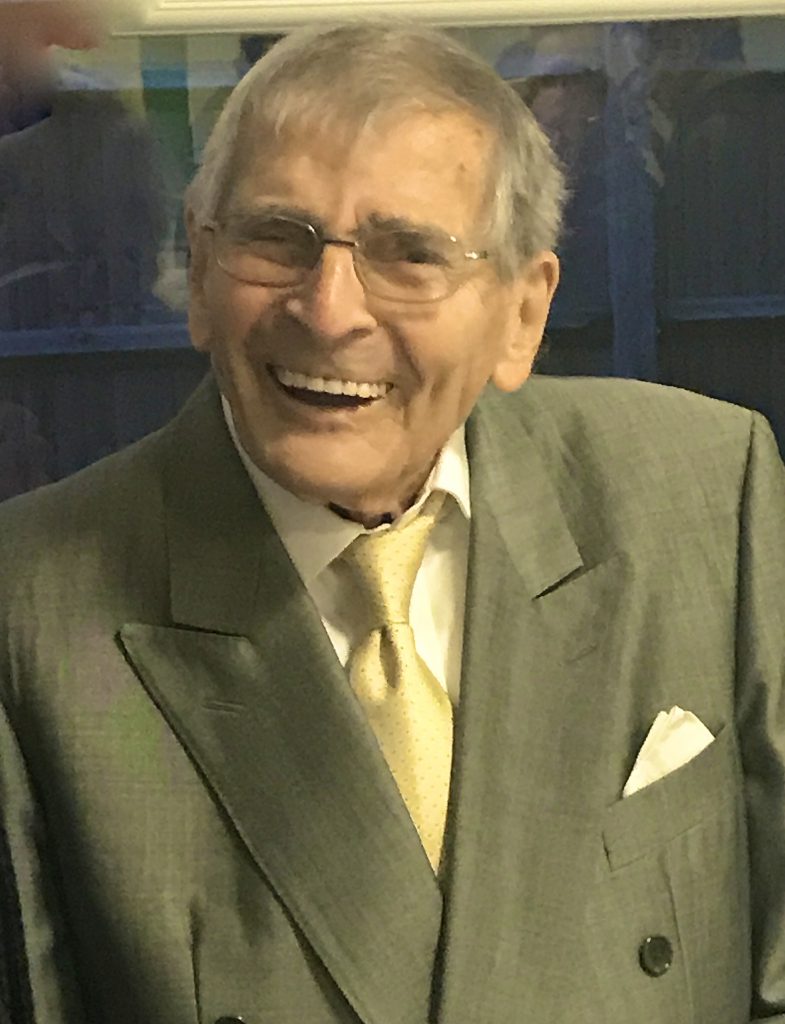 When friends and family received an invitation to his milestone birthday celebration they saw him as a very young man… on the card was a portrait of him at 11 yrs painted by his dad. “My father was a member of the Royal Etchings Society.”

Harry’s memory is still sharp. His life he says has been full-on and interesting.

“ I was an electrical engineer responsible for electrifying railways. I travelled all over the world. I met Breschnev, the President of Mexico, Maggie Thatcher, the Queen three times – and the Prince of Wales – (and Gordon Brown in Merchant Taylors last month!)  .

He speaks five languages  “My mother was from Devon, My father Hungarian and my grandmother Italian, which helped .”

At 95 Harry’s energy is enviable, he loves women and life  – he out-partied many guests at his birthday bash, which he puts partly down to living with a wife who is thirty years his junior.  Party on Harry!