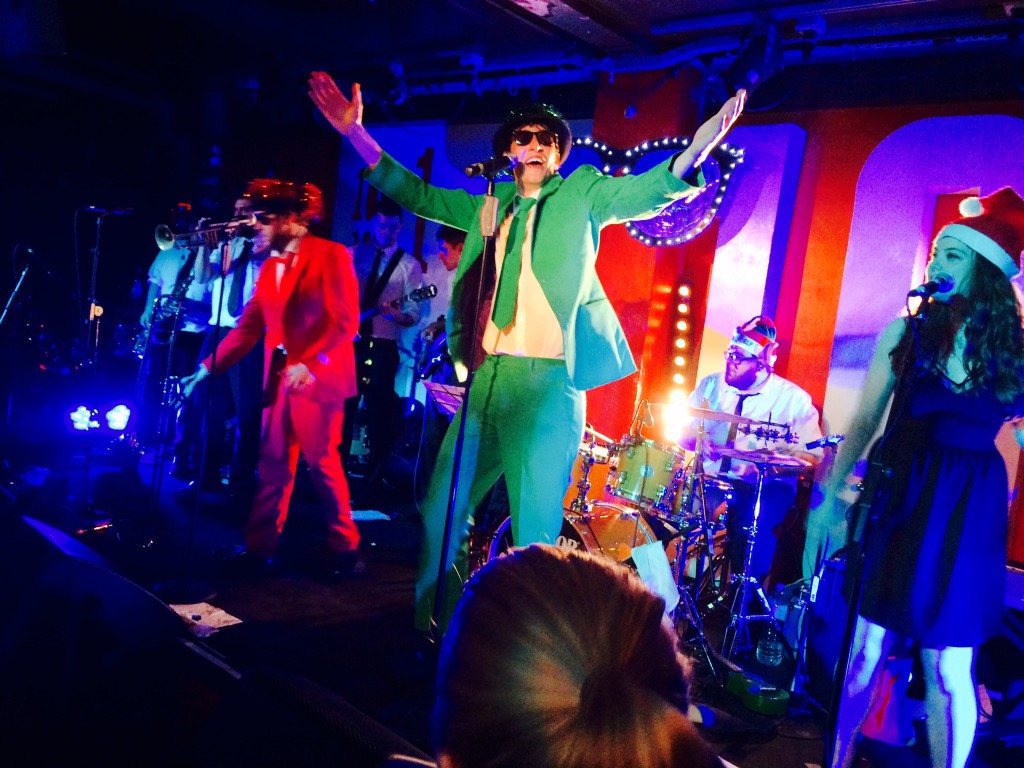 Blues Brothers Banned need no excuse to boogie but when it comes to the festive season the show bubbles up into a party with pzazz and even more shenanigans than ever. The ten piece high energy band who started off in St Clement Danes orchestra 15 yrs ago have performed at Chorleywood Christmas Festival, gigged at the Barbirolli and headlined at the Heronsgate TCT concert, as well as playing scores of theatres and music venues all over the UK and Ireland. If you love their act don’t miss their sixth Christmas 100 Club shindig. One Christmas gig included a guest appearance from the Man in the Moon as seen in the John Lewis Christmas ad and involved an elaborate pulley system between him and the band on stage. The show finale featured a Nativity megamix complete with rocking kings. Who knows what’s in store this year but it will no doubt be a sparkly 100 Club sandwich of Blues Brothers classics layered up with Commitments favourites, belting soul singalongs and surprises.

Guaranteed to be a cracking Christmas knees up –  get the gang together and go raise your goblet of soul.